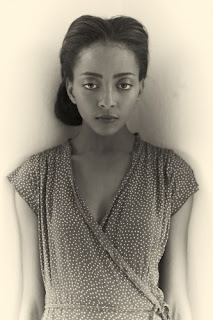 Wendy Carrig
Non Comissioned Portrait Single
Best In Category
Last night was a blast, with the AOP Awards 2012 full of great work at the P3 Gallery with a vast array of work on display. As a judge I had several categories to look at with my fellow judges Chris Steele-Perkins & Bel January. There are so many works to mention but I have chosen a few to highlight which I thought were particularly interesting.

The first is Wendy Carrig, who's emotive portraits had a softness of touch that renders her sitters in a quiet light, dreamy almost. Her style reminded me of Vee Speers without the addition of colour, with Carrig's standing portraits, simple yet effective & reflective soft toned models. 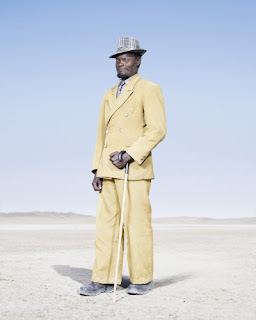 Jim Naughten
Hereros
Non-Comissioned Portrait single
JimNaughten's series Hereros were not unfamiliar to me & I was pleased to see them again in the flesh. They capture the proud traditions of this Namibian tribe, whose turbulent history is present in the costume of several of his subjects. 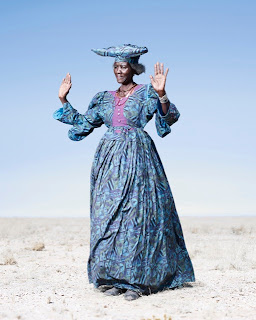 © Jim Naughten
Hereros
2012
Since the war which broke out in 1904 where 80% of the tribe were killed by the German colonisers the tribe would take to wearing the uniform of those they killed in battle. THe combination of this tradition & straggly Vistorian dress for the women of the Herero make for fascinating viewing. Although Naughten does not try to fully represent the culture of the Herero, he does encompass their strength of character against the harsh landscape of the land they live. The horn-like headdresses made me think of the hammerhead shark, buffering against oncoming attack. This coupled with bright patterns & colour pop out of the print like an inverted silhouette. 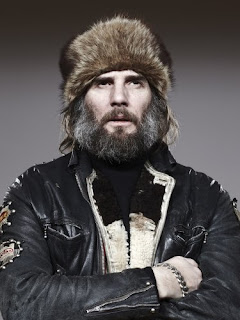 © Spiros Politis
Men With Beards series
Spiros Politis' Men With Beards series is very 'of the moment' with beards making a comeback as hipsters flaunt their follicles for all to see. This image in particular however, reminded me of the work of Karlheinz Weinberger in the 1960's amongst which his portraits of Swiss biker gangs included many a hairy chap as you can see here. 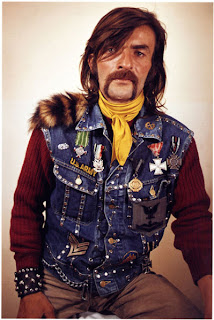 © Karlheinz Weinberger
Another work that was not in my category to view as a judge which I saw last night was the 'Comisssioned Design Single'. What part of this image is 'design' I would be glad to be informed  of (have no idea how this reated to design, but there was no info on this with the photograph) was Dylan Collard's portrait of a woman behind glass stippled with water. 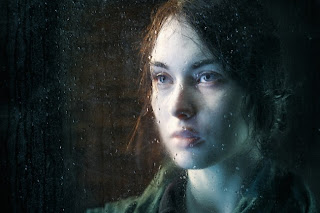 ©Dylan Collard
It had a very filmic quality to it, which had a feeling of expectancy, a story waiting to unfold....
So with that, my story must end here as I have to get off the train very soon. Please don't forget to leave a comment if you can, I'm always keen to hear your thoughts.